The latest speculation about the new iPhone release 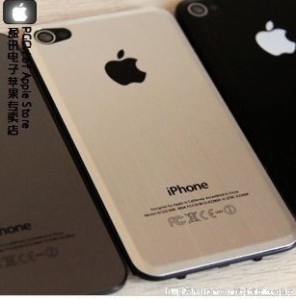 Iphone 5 (or the iPhone 5G, as some are calling it) rumours are flying thick and fast already.

Will there be a rush release to erase memories of the iPhone 4’s antenna problems?

Will the 5th generation iPhone deliver ultra-fast mobile internet? Will it ever end up on Verizon in the US?

Let’s raid the iPhone 5 rumour fridge to find the tomatoes of truth amid the stinky stilton of baseless speculation.

The iPhone 5 isn’t the Verizon iPhone, and vice versa

The Verizon iPhone rumour has been around forever, and one day it’ll come true – but it won’t be the iPhone 5. The Wall Street Journal said a Verizon iPhone was nearly ready back in October, and we’d take that one seriously: the WSJ is the paper Apple tends to share its secrets with.

It says that “the [Verizon] phone would resemble the iPhone 4 currently sold by AT&T, but would be based on an alternative wireless technology used by Verizon, these people said.” Which people? “People familiar with the matter”.

WSJ: “Separately, Apple is also developing a new iPhone model, said people briefed on the phone. One person familiar said the fifth-generation iPhone would be a different form factor than those that are currently available… it was unclear how soon that version would be available to Verizon or other carriers.”

This has since been backed up by reports from Engadget we reported on 17 January 2011, which state the design will be a ‘total rethink’.

According to the Chinese Economic Daily News (via AppleInsider), with the exception of Qualcomm chipsets – which would replace the current Infineon chipsets in the iPhone 4 – Apple’s sticking with the same suppliers for the 2011 iPhone 5G components.

We’d expect the basics of the iPhone 5 specs to get a bump – more memory, faster processor, more storage – but DVICE quotes a single insider who claims to have handled Verizon prototypes.

However, we’re also hearing word of a multi-core design, in keeping with the rest of the mobile world, as Apple looks to improve both battery life and performance.

The iPhone 5 will also get a massive graphical boost as it moves to a dual-core GPU – this could herald true 1080p output from the new device, according to our news story on 18 January.

The iPhone 5 specs may include a digital wallet

There’s been some speculation that Apple might include Near Field Communication (NFC) technology in the iPhone 5G, turning it into a kind of credit/debit card. However, as Techeye.net notes, “Apple has looked into NFC before” so this might not be imminent.

PAY PHONE: Apple patents show how a near field communication-equipped iPhone 5 could act as a kind of credit card

The iPhone 5 release date will be in the summer…

As Beatweek magazine points out, Apple’s A-Team can’t be everywhere at once; by staggering the releases of the iPad 2 and the iPhone 5, they get to work their magic on both devices.

…or maybe the iPhone 5 release date will be earlier

iLounge said its source reckoned Apple would push the iPhone 5 release date forwards – possibly to January 2011 – because of the iPhone 4 antenna problems, although iLounge itself said the claim was “hard to believe”. The source could be confusing the Verizon iPhone and the iPhone 5.

The usual July release date was mentioned by Engadget’s source too in January 2011 – meaning the standard release cycle looks set to continue.

The iPhone 5 specs may include LTE support

At least one analyst thinks the iPhone 5 will support LTE, super-fast mobile broadband, in the US. That would make the iPhone 5G a 4G phone, which won’t be confusing at all. LTE is certainly coming – AT&T plans to roll out its LTE service in 2011 – but an LTE iPhone has been rumoured for a while. USA Today floated the idea of an LTE iPhone on Verizon last year.

If the iPhone 5 is an evolutionary step like the move from the iPhone 3G to the iPhone 3GS then we’d expect the price to stay more or less the same, although in the UK higher VAT rates may well mean a higher price tag.