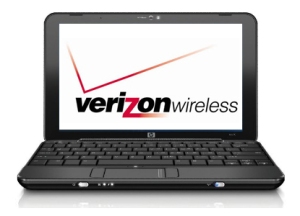 Verizon Wireless has reversed its decision to charge a $2 fee for telephone and online bill payments, bowing to a storm of criticism from consumers and the U.S. communications regulator.

The biggest U.S. wireless operator retracted its decision on Friday, just a day after it announced the fee for one-time payments, which was to have begun January 15.

The consumer victory comes after Bank of America (BAC.N) recently decided against a new $5 monthly fee for debit card users after consumers and lawmakers protested the charge.

“There is power in numbers and in the end, the customer is always right,” one person said on the Verizon Wireless online forum. “How can any corporation expect to keep business by doing that? It’s pure greed just like with Bank of America.”

Verizon said it listened to its customers and made the decision based on customer input after many complained and some threatened to leave the service if the fee was instituted.

A spokesman said that the company had just wanted to encourage consumers to pay their bills via different methods such as autopay, where they give Verizon permission to charge their credit card or bank account automatically each month.

The quick turn-around came after little more than a day of complaints, but not before the U.S. Federal Communications Commission said it was “concerned” about the fee and that it was looking into it.

“On behalf of American consumers, we’re concerned about Verizon’s actions and are looking into the matter,” an official for the FCC said earlier on Friday.

The prospect of a $2 fee created a flurry of online activity and one consumer organization, Change.org, said 95,000 people joined a campaign on its website urging Verizon to drop the fee.

“The era of corporations walking roughshod over consumers without consequence is officially over,” Ben Rattray, chief executive of Change.org, said in a statement.

Verizon Wireless customers told the company, often in colorful language, that they would not put up with the fee.

“If this fee goes through, I will be taking my business elsewhere!!!” one person said on the Verizon Wireless website.

Another said “Victory is ours!” after the about-face.

The turnaround comes after another high-profile reversal of course earlier this year by video rental service Netflix Inc (NFLX.O) in the face of customer disgust.

In October it canceled plans to split its DVD rental service from its online streaming service. The move would have forced customers of both streaming and DVD options to visit different websites and maintain different accounts for each subscription.

The Verizon Wireless incident served to highlight fee practices elsewhere in the communications industry. Rivals AT&T Inc (T.N) and Sprint Nextel (S.N) said on Friday that they charge some customers $5 for bill payments, revising their comments from the day before.

AT&T and Comcast Corp (CMCSA.O) say that they charge some customers who look for personal assistance in paying their bills but that they do not charge for online payments. Sprint said it charges customers with bad credit if they refuse to enroll for auto pay.

The Sprint and AT&T fees are even higher than Verizon’s proposed levy at $5 per transaction. Comcast’s payment fee, which is only levied in some states, is $5.99.

The FCC did not comment on whether it would look into other companies’ fee policies for bill payment.