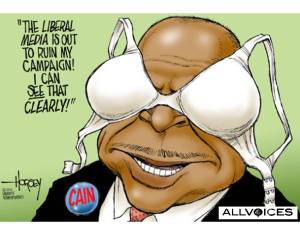 (CNN) — The Iowa caucus is Tuesday and so far, this shaky bunch of challengers has done a better job of telling us why Obama should not be re-elected than telling us why they would be any better. And yet, one of these candidates must be declared the winner, which is a big reason why 70% of Americans want the election to be overeven before it officially begins.

Yeah, a lot of voters have already made up their minds based upon party affiliation, but I believe most Americans dread being manipulated for 10 more months by an onslaught of isolated statistics, abbreviated facts and slick campaign ads.

We’re sick of the bull — but it seems you have to be knee deep in it in to vote, and covered head-to-toe to run.

Which is why politics is dirty and Washington stinks.

Remember when then-Sen. Obama promised to change all that? Sure the cantankerous tea party didn’t help, but really we knew that “hope and change” wasn’t going to happen shortly after questions about his faith began to dog him in 2007 and voters wondered if he was a Muslim.

The president Obama promised to be would have said, “This is America, where we have freedom of religion and the fact that this is being used as a way to characterize me as unfit to be president is not only religious bigotry, it’s unconstitutional and un-American.”

However, the politically savvy candidate handled such rumors by reiterating he was a Christian, which left many dissatisfied because he played the game almost as soon as he promised not to. Which is why the compromises he’s made over the past three years should not come as a surprise.

That doesn’t make him a bad president or a bad person.

It just makes him a politician.

And while the message of his first campaign hypnotized many to believe he wasn’t, the reality is the word “politician” is in every sentence of the president of the United States’ job description.

So for all of you folks in Iowa as well as New Hampshire and South Carolina who are jazzed up over the piety of Rick Santorum, business smarts of Mitt Romney or the whatever of whomever, keep this in mind: The question in national politics isn’t which candidate is best suited to lead but rather which candidate is going to mislead the least, because they all do it.

A cursory glance at the record and statements of the GOP candidates as well as President Obama shows a heap of flip-flops.

Beltway bipartisanship, which does not reflect a politician’s ability to get along with the folks across the aisle but rather the propensity for Democrats and Republicans to say, do and vote however they think they need to stay in the building.

I don’t regret voting for Obama, especially considering that Sen. John McCain’s way of playing the game could have resulted in putting Sarah Palin within a heartbeat of the presidency, but I wouldn’t classify myself as an Obama supporter either.

I’m not a supporter of any politician or party, for that matter.

I’m a supporter of ideas.

I’m a supporter of principles, none of which should be dumbed down to religious practices, contingent on polls or assigned to a specific party because at the end of the day, they’re after one thing: self preservation.

“What’s best for the country?” is really just a campaign slogan.

For example, the Democrat-controlled 111th Congress can rewrite history any way they want, but voters can see they did not pass a comprehensive budget in 2009 because they did not want to make decisions that could be used against Democrats up for re-election in 2010.

This is also the reason why the Congress waited until after the midterm election to overturn “don’t ask, don’t tell.”

Or look how the professorial Newt Gingrich told us Herman Cain would be a good president, even though we all witnessed Cain struggle to talk intelligently about Libya, China or even huge chunks of the United States. Santorum massaged his stance on abortion and endorsement of Romney in 2008 once he decided to run for president himself. Rick Perry called the stimulus package a failure while neglecting to talk about how he used stimulus money to balance his state’s budget and create the jobs he talks so much about.

Meanwhile, Romney, who made millions in no small part by laying off thousands of Americans for a living, calls himself a job creator.

I don’t even think Yoda would have tried a Jedi mind trick like that.

And yet there he is and here they are: our choices for 2012.

I don’t know about you but all I want is a stronger economy and not to be blown up by Iran or a crazy guy with a bomb sewn into his tighty-whities. Seems like a simple request but as we all know, there’s very little about running a country with more than 300 million people and the world’s largest economy that is simple.

Or from the look of things, honest.